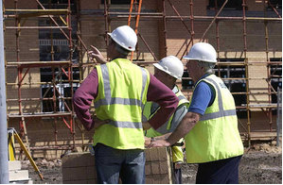 Around £690 million will be invested in housing in 2016-17 as part of the Scottish Government’s commitment to delivering 50,000 affordable homes over the next five years.

The Draft Budget for 2016-17 will aim to build between 8,000 and 9,000 new homes across Scotland, which is an increase of up to 28 per cent on the average delivered over the last two years.

The Scottish Government has exceeded its target to deliver 30,000 affordable homes during the lifetime of the current Parliament, with the most recent statistics showing a total of 30,133 affordable homes delivered between April 2011 and end October 2015.

Housing Minister Margaret Burgess said: “We have a strong record on housing. We had a target of delivering 30,000 affordable homes in this Parliament and have exceeded that. We are also approaching 4,000 new affordable homes approvals through a range of innovative financing mechanisms.

“We will continue to work collaboratively with a wide range of partners across all sectors to promote the construction of new homes, support jobs in the construction industry and encourage inclusive growth in the wider economy.”